The blood oath is fundamental.  Biden and most of his cabinet and most courts and congress have probably taken it. That’s why they are excluded from mandatory vaccines.
These people swore an oath or to represent citizens, but their true loyalty is to Satan (Communism.).They are traitors and should be treated as such.

Worldwide the vaccine passports is leading to a Chinese Communist social credit system where your every word and move are monitored for political correctness.

Like our “leaders,” the Chinese Communist Party (CCP)are Satanists.
We now face persecution from this evil red dragon in the form of medical tyranny.We’re dealing with PURE EVIL.

The Final Choice is Good or Evil. What Choice Will Those with a Blood Oath Make?

For the first time in over 2000 years, Jerusalem was recognized as the capital of Israel.

Whether he knows it or not, President Trump fulfilled his part in a frightening biblical prophecy exactly as the scriptures predicted.

Only the top church leaders and Bible scholars know the real meaning behind this great and terrible moment, yet no one is saying a thing about it…

The ultimate and final choice is between Good and Evil.

The Chinese say, “you can’t stand in two boats”; as the boats move apart, you will be forced to choose one boat or fall into the water. Those who have taken a blood oath are conflicted between doing what is Good or following a path that stops at no Evil.

Karl Marx signalling the “hidden hand”, indicating the real power of the world from behind the scenes controls him and he has taken a Blood Oath.

In the Communist Manifesto (Chapter 2), Karl Marx spells out that communism is Satanism:

“There are, besides, eternal truths, such as Freedom,, etc., that are common to all states of society. But Communism abolishes eternal truths, it abolishes all religion, and all morality, instead of constituting them on a new basis; it therefore acts in contradiction to all past historical experience.”

Communism was created by evil and it is spread by evil people, hidden in the top layers of society with dual loyalties.

The CCP requires a blood oath to join; it has brutally persecuted many groups in China since coming to power in 1949, killing an estimated 60-80m people who were opposed to communism.

This genocide in China has continued until today, because the CCP is always persecuting someone. One noteworthy group is Falun Gong, a peaceful meditation practice that was brought to the public in May, 1992. It was very popular in China, with over 100m people taking up the practice. The practice has five slow moving qigong exercises and a series of lectures that help people improve themselves to their very core.

Because Falun Gong practices Truth, Compassion and Tolerance, the CCP has persecuted them since July 20, 1999. Practitioners were detained, arrested, put to forced labor, imprisoned, tortured and had live organ harvesting (faluninfo.net).

The CCP is against Truth, Compassion and Tolerance. Now, the CCP and those aligned with it are utilizing every means at their disposal to persecute the entire world. Good people everywhere now face persecution from this evil red dragon in the form of medical tyranny.

The CCP goal is the destruction of the USA and imposition of The Great Reset — worldwide communism. People are recruited because they hold positions of status or influence in society, and they are able to maintain their positions, while at the same time, secretly pledging their loyalty to something else.

The CCP requires a blood oath to become a member with these words:

“… ready at all times to sacrifice my all for the Party…”

“…both parties stop and swear unto death while standing in the midst of the blood, swearing by G-d (thus making G-d their 3rd party) to kill the covenant breaker and his seed after him if the terms of the covenant are breached.” 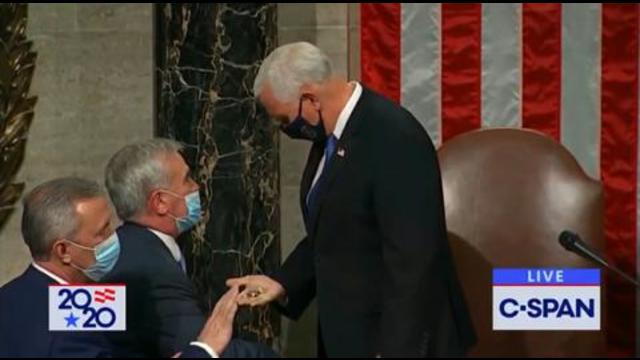 If society collapses, you can bet that the foods the pioneers ate will become dietary staples

The Lost Ways prepares you to deal with worst-case scenarios with the minimum amount of resources just like our forefathers lived their lives, totally independent from electricity, cars, or modern technology.

“All this I most solemnly and sincerely promise and swear, with a firm and steadfast resolution to keep and perform the same, without the least equivocation, mental reservation, or self-evasion whatsoever, binding myself under no less a penalty than that of having my body severed in twain, my bowels taken thence and burned to ashes, and these scattered by the four winds of heaven, that no more remembrance may be had among men or Masons of so vile a wretch as I should be, should I, in the least, knowingly or wittingly, violate or transgress this my Master Mason’s Obligation. So help me God and keep me steadfast.”

“In confirmation of which I hereby dedicate my life, soul and all corporeal powers, and with the dagger which I now receive, I will subscribe my name, written in my blood in testimony thereof; and should I prove false or shaken in my determination, may my brethren and fellow soldiers of the militia of the Pope cut off my head and my feet and my throat from ear to ear, my belly opened and sulphur burned therein with all the punishment that can be inflicted upon me by demons in eternal hell forever.”

Finally, the Mafia also has a blood oath (related by Joe Valachi in testimony to Congress):

Those swearing a blood oath are often required to spy and commit crimes for these groups. Their blood oath has priority over any other oath, they literally pledge their lives to these groups and must keep this secret. Their feet are more firmly planted in the evil boat, but they still have a chance until the end to make a better choice. 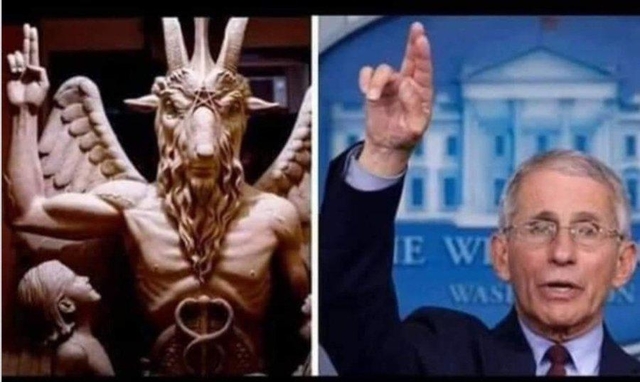 Dr. Fauci is Jesuit trained and a Deep State operative through six administrations. Watch his signals to know where his loyalties lie.

People who have taken a blood oath can be found throughout society in positions of authority and power in nearly every corner of the globe.

Many have literally “sold their souls” for wealth and other benefits. People who take a blood oath are recruited in, no one can “apply” to join and membership often follows family lines. The secret organizations see the power the person has access to, they can also “direct” things to make a person gain even more power, even becoming president of the United States.

Is it a surprise the “hidden hand” has guided events and created history in this manner? The large scale ritual sacrifices are now on a grand scale: two World Wars, the Holocaust (which means “burnt offering), 9/11 and now the biggest of all…the COVID/CCP Virus. All of these events were perpetrated by people with dual loyalties, whose feet are in two boats.

3 thoughts on “Our “Leaders” Have Taken Blood Oaths- These people swore an oath or to represent citizens, but their true loyalty is to Satan (Communism.). They are traitors and should be treated as such.”