You see them everywhere – hunched forward and staring intently at their phone, tablet or iPad.

You may have been in that position before yourself. I know I have. I also know there are many times when I find it extremely difficult to pull away from my device; times when

I’m compelled to keep my eyes on the screen, almost as if it’s a form of possession.

Have you ever felt like that? It leads me to wonder if perhaps our phones and other devices are inhabited by demons.

A British pop band called The Police actually made an album about this called Ghost in the Machine. The band was fronted by Illuminati puppet Sting and the cover art for the album displays a hidden 666 message when viewed in a mirror. 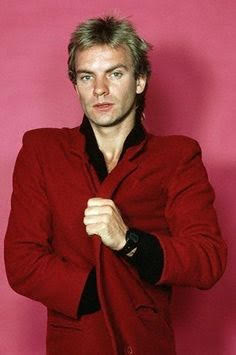 (Sting, Insider: “Anyone with their RIGHT hand hidden is just a BITCH…LEFT hand hidden HAS a direct connection to THE FAMILY…”)

There are songs on the album about demons and sorcery (Spirits in the Material World), trans-humanism (Rehumanize Yourself), and one world government (One World, Not Three).

And this was way back in 1981, before anyone had ever heard of an iPhone.

However, personal computers were just coming into use then. Was this album a premonition of things to come?

It’s also worth remembering that Illuminati insider John Todd confirmed that the master recordings of every album and song are cursed and inhabited by demons.

Look at Apple’s logo: an apple with a bite in it. That’s a direct symbol of defiance to God.
It’s a little spooky to think that your phone might be haunted, might be possessed by a demon that is working non-stop on possessing you.

Many will dismiss the idea completely with the thought that the people who run the world would never do such a thing. But I think the last year and a half has shown us just the opposite.

Today there is talk of luciferase in the “vaccines.” Apparently, it’s a compound that works at destroying the “God gene” in every person. Are these jabs demon infested?

If you look at how 80% or more of the human race was bamboozled into a state of abject terror the last 18 months, it certainly does appear that most people are under a state of demonic possession.

I don’t know how else to explain it. You could call in mass stupidity, but it appears to be much deeper than that.

Something else to consider: the majority of people in the world are being led to sin and pornography via their phones. It’s yet another reason that leads me to wonder whether these devices are far sinister than they appear.

What do you think? Could there be a demon in your device?
———Mike Stone is the author of Based, a young adult novel about race, dating and growing up in America, and A New America, the first novel of the Alt-Right, a dark comedy set on Election Day 2016 in Los Angeles – – Available on Amazon.