“He who wishes to rule must have recourse both to cunning and to make-believe.” Protocols of Zion 1-11

“Humanity doesn’t realize that it is targeted for annihilation or slavery, and so it collaborates with the enemy in hastening its own destruction. Thus, most of the population blindly and meekly follow the commands of the enemy by wearing masks, submitting to house arrest and lining up to have poisonous substances introduced into their bodies. This naturally emboldens the enemy to introduce more and more extreme measures.”

Alright, so who are the enemy and what are their objectives?
We call them the enemy because they are intent on the degradation and destruction of the lives of the vast majority of the inhabitants of this planet and the appropriation of most of their property….

The New World Order (NWO) can also be described as the elites and as the super-wealthy and their organizational bodies include the Bilderberg, the Club of Rome, the Council on Foreign Relations, the Trilateral Commission and of course front organizations like the Bill and Melinda Gates Foundation and the Clinton Foundation etc.
The chief engines of their wealth appropriation are the Central Banks and the fiat money system which serve to create money out of nothing for them and transfer wealth from the rest of the population to themselves largely through the mechanisms of inflation and more recently interest rate suppression, with the kingpin Central Bank being of course the US Federal Reserve, which is the “leader of the pack”.
They are not just at the top of the pyramid; they are above it and their enormous wealth, siphoned from society at large over many years, has enabled them to corrupt and take control of virtually every government and institution on the planet, using a combination of bribery, blackmail and coercion.
Thus they control almost all governments with the politicians being their puppets, the Church, Judiciaries in most all countries, Central Banks and all major financial institutions, all of the mainstream media, all major international institutions like the World Bank, World Health Organization and United Nations etc. and we mustn’t overlook their control of Big Pharma, the medical profession and the Military Industrial complex.
This explains why all these bodies and all countries are working in lockstep to maintain and advance the virus hoax and drive forward the vaccination program, which is actually a mass attack on the population with a bioweapon, and the associated totalitarian agenda.
An amusing video shows how all these leaders and politicians are just puppets reading from the same script. It illustrates the absolute contempt they have for ordinary people who they regard as morons, with some justification. 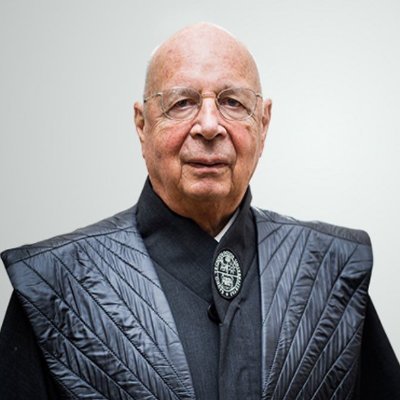 In this video you can also spot Bill Gates waving his arms around like a lunatic and Klaus Schwab sporting a Darth Vader jacket. When they say “Build Back Better” they mean for them, not the majority of the population who will have been strip-mined of their assets and rendered destitute.
THE TWO PILLARS OF THE SCAM

The two central pillars of the virus scam are the complete control of the mainstream media worldwide by the NWO and fraudulent PCR testing, which exploit the public’s irrational fear of something it can’t see or quantify.
The job of the mainstream media is to mislead the public by blowing the virus threat out of all proportion to reality in order to promote fear and maintain hysteria and paranoia amongst the population at large. This they do via a non-stop barrage of lies, distortion, exaggeration and misrepresentation that goes on 24 / 7.
An example is the British BBC which has received a hefty donation, believed to be US$20 million, from the Bill and Melinda Gates foundation. Johnny Bigger shines a spotlight on the corrupted institutions of society and the public’s suicidal faith in them in his excellent video, It Is Destined To Happen This Way.
Even if we accept that the virus exists and that a number of people go down with it, the fraudulent PCR testing is designed is over amplify and vastly inflate the “case numbers”, in order to justify lockdowns (which are never justified even if cases are high, because you lock up sick people, not healthy people) and that after they have bumped them up by encouraging people who don’t feel ill and have no symptoms to go and take these unnecessary tests.
Every day on the TV they show people having probes pushed right up their noses. This test is painful because it ruptures a delicate membrane beneath the brain, the better for infections to enter and reach the brain. 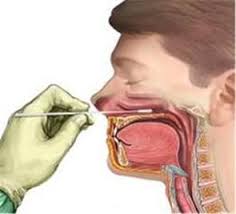 The reason that this disgusting practice is shown so often on the TV is to acclimate the sheep into thinking it’s normal. You should also beware of this test because it may be used as a way to vaccinate people on the sly, without them knowing it. Don’t let them do it to you. They further ramp up the case numbers by wrongly categorizing many deaths, especially the usual seasonal deaths from flu, as due to Covid, and pretty much anyone who dies of anything because the hospitals are financially incentivized to report deaths as Covid deaths.
This virus scam is the biggest con job or hoax in the history of the world by far and it is astounding how successful it is being in herding 8 billion people towards their doom, in many case unwittingly, but willingly.
Perhaps the most surprising thing about the NWO team is that the core of them comprise no more than a few hundred people, a few thousand at most, yet through their control and manipulation of all the bodies described above, and the blind unquestioning obedience of the masses that they have targeted for destruction, they are driving 8 billion lemmings towards the edge of a cliff.