“Freedom faces a new enemy. The tyranny comes under the disguise of expert rule and benevolent dictatorship. The new rulers do not justify their right to dominance because of divine providence but now claim the right to rule the people in the name of universal health and safety based on presumed scientific evidence.”

…Under the leadership of Stalin, Churchill, and Roosevelt, twenty-six nations agreed in January 1942 to the initiative of establishing a United Nations Organization (UNO), which came into existence on October 24, 1945.

Since its inception, the United Nations and its branches, such as the World Bank Group and the World Health Organization (WHO), have prepared the countries of the world…[for] a world government…

The next decisive step toward the global economic transformation was taken with the first report of the Club of Rome. In 1968, the Club of Rome was initiated at the Rockefeller estate Bellagio in Italy. Its first report was published in 1972 under the title “The Limits to Growth.”
The president emeritus of the Club of Rome, Alexander King, and the secretary of the club, General Bertrand Schneider, inform in their Report of the Council of the Club of Rome that when the members of the club were in search of identifying a new enemy, they listed pollution, global warming, water shortages, and famines as the most opportune items to be blamed on humanity with the implication that humanity itself must be reduced to keep these threats in check.

Since the 1990s, several comprehensive initiatives toward a global system of control have been undertaken by the United Nations with Agenda 2021 and Agenda 2030.

The 2030 Agenda was adopted by all United Nations member states in 2015. It launched its blueprint for global change with the call to achieve seventeen sustainable development goals (SDGs). The key concept is “sustainable development” that includes population control as a crucial instrument.
Saving the earth has become the slogan of green policy warriors. Since the 1970s, the horror scenario of global warming has been a useful tool in their hands to gain political influence and finally rule over public discourse.

In the meanwhile, these anti-capitalist groups have obtained a dominant influence in the media, the educational and judicial systems, and have become major players in the political arena.
In many countries, particularly in Europe, the so-called green parties have become a pivotal factor in the political system. Many of the representatives are quite open in their demands to make society and the economy compatible with high ecological standards that require a profound reset of the present system. 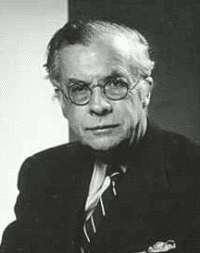 In 1945, [Julian] Huxley noted that it is too early to propose outright a eugenic depopulation program but advised that it will be important for the organization “to see that the eugenic problem is examined with the greatest care, and that the public mind is informed of the issues at stake so that much that now is unthinkable may at least become thinkable.”

Huxley’s caution is no longer necessary. In the meantime, the branches of the United Nations have gained such a level of power that even originally minor UN sub-organizations such as the World Health Organization (WHO) have been enabled to command individual governments around the world to obey their orders. The WHO and the International Monetary Fund (IMF)–whose conditionality for loans has changed from fiscal restraint to the degree to which a country follows the rules set by the WHO–have become the supreme tandem to work toward establishing the new world order.

As Julian Huxley pointed out in his discourse in 1945, it is the task of the United Nations to do away with economic freedom, because “laisser-faire and capitalist economic systems” have “created a great deal of ugliness” (p. 38). The time has come to work toward the emergence “of a single world culture” (p. 61). This must be done with the explicit help of the mass media and the educational systems.

CONCLUSION
With the foundation of the United Nations and its sub-organizations, the drive to advance the programs of eugenics and transhumanism took a big step forward. Together with the activities of the Club of Rome, they have stage to initiate the great reset that is going on currently.

You might be living in one of America’s deathzones and not have a clue about it
What if that were you? What would YOU do?

In the next few minutes, I’m going to show you the U.S. Nuclear Target map, where you’ll find out if you’re living in one of America’s Deathzones.